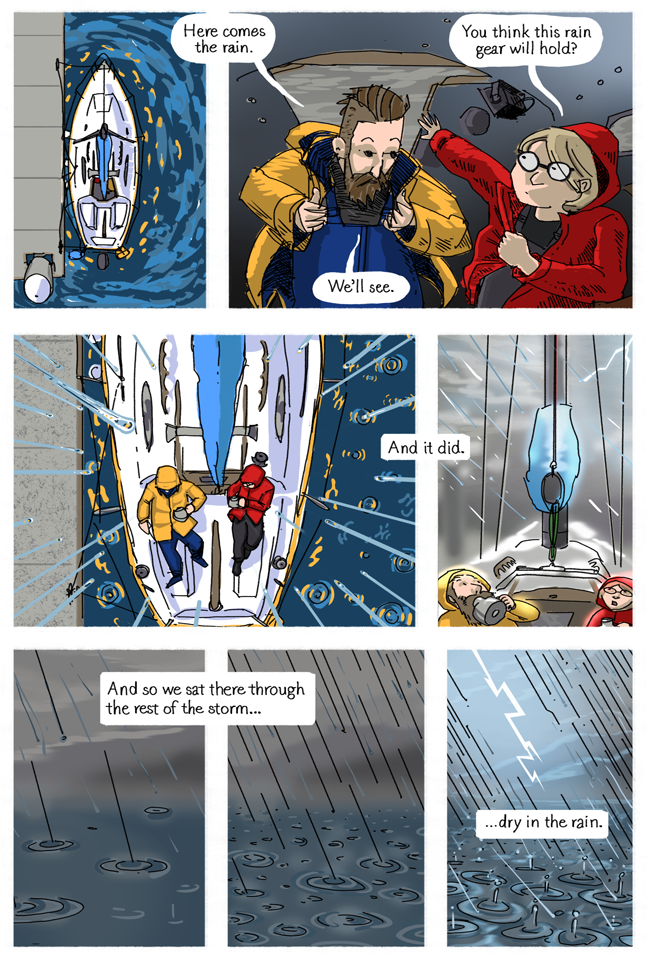 Dry in the Rain

At first the winds were negligible, the sails hung limp as we floated around getting passed by cruise ships. I saw there was wind across the way from where we were. I could see it, because it was pushing a big butt of rain our way. Before it hit, we dropped sail and turned back for the dock, just in time to hear the first of the thunder.

My girlfriend and I stayed on the boat, contemplating wether we should put on our full foul weather gear (foulies, for short). As we were getting it on, the rest of the lightning struck. And with it came the rain.

The rain picked up and soon the hail followed. Finally, we heard lightning so close that it sound like the sky tore, not the normal rumble. It made sense that lightning would strike so close, seeing as a harbor is really just the biggest set of lightning rods you've ever been around.

After the closest strike the sky really opened up. My favorite part of heavy rain in a calm(ish) harbor is the effect that it plays on the water. Suddenly, the many ripples overlaying and colliding create the illusion that the flat water of the harbor becomes flat and hard, almost enough to walk on (I've made the mistake before).